A small town of two very different parts, Pissouri is famous for its ‘Pissouri Beach’ just along the coast from the vibrant ‘Pissouri Village’ located on the rural-hillside. Visitors can enjoy exploring its unique and distinctive character, which remains defiant despite the influx of tourists here each year!  The Cypriot character still remains and is still very much a working village of farmers, some of whom have now become involved in farm tourism. The motorway has clearly opened up access to Pissouri, but the large development attitude has been suppressed!

Pissouri Beach is a popular beach resort in the summer months and Pissouri village itself offers views of vineyards, historical buildings and the sea. The Pissouri region is famous for its grapes found in the hidden valleys, between sea and roads.

Repudedly Pissouri had a fishing jetty just a a few kilometres away down the hill. Clearly fishing was a key trade and food supplier to the community in years gone by.  Now the two halves of Pissouri  are quite distinct: "Pissouri village" and "Pissouri Beach". The population in the summer months can double to over 1200 as residents and visitors mix in the local environment. Tourism has replaced a lot of the traditional trades as people seek sun and solitude.

Pissouri is a great mix of old and new and is close to the famous Aphrodite Hills Resort with its superb accommodation, restaurants, gold courses, tennis coaches, pools and much more.

You can check out the Aphrodite Hills Villas here. 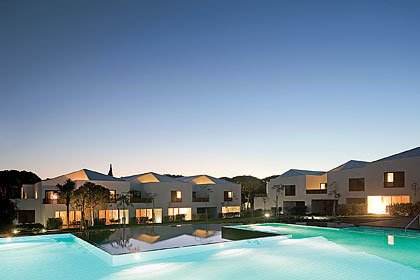