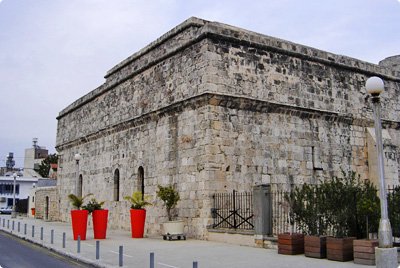 Limassol or Lemesos, the second largest city in Cyprus is associated with the Crusades in the medieval times in its 5000 years old civilization this city witnessed a great many events in the 14th century and Limassol Castle is one of them.

The exciting history of Cyprus tells us that the castle was built over the ruins of a Byzantine castle that has been used and rampaged throughout the ages, it has bravely faced all and survived.

According to the legend, it was in this castle that the royal wedding of the King of England, Richard the Lionheart with Queen Berengeria of Navarre took place, amidst the charming gardens an old olive oil press can also be seen.

Although the present structure of the fort has lost it's old grandeur, the majestic ambience of it will surely etch itself into your memory.